A sneak peek from the upcoming Issue 3 of Lia Scott Price's Comic Book Series "Vampire Guardian AngelsTM". In this brutal and bloody comic book, Guardian Angels are the new vampires, and they are dangerous psychopaths armed with sharp weapons. Don't pray to one, unless you want to be sliced, diced and eaten. The 3rd issue is planned for release in January 2013. The comic book series is written and created by Lia Scott Price, and drawn by artists Andrew Setter and Chad Hammontree. For the comic book series, visit www.liascottprice.com
Posted by Lia Scott Price at 1:53 PM No comments: 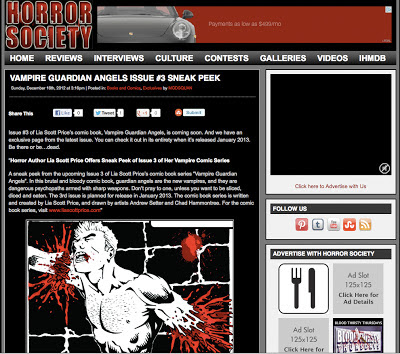 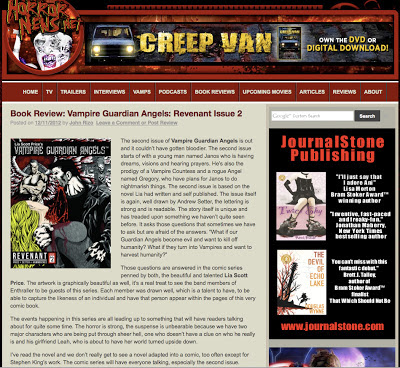 Thank you so much to writer John Rizo for the review on Issue 2 of my comic book and thank you to horrornews.net, I appreciate your support!