Get your copy of this awesome new Red Candy Magazine Issue 1!
I have an interview on page 18!
Thank you @RedCandyMag (Follow them on twitter) 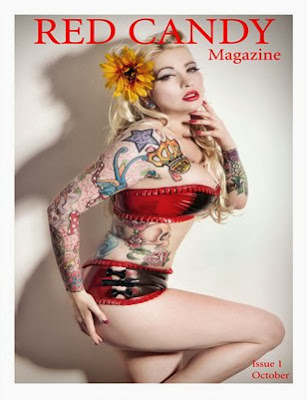 Red Candy Magazine
Posted by Lia Scott Price at 10:37 AM No comments:

Here are some of the drafts of the cover for Comic Book 4.
Art by Andrew Setter and Chad Hammontree.
Copyright Lia Scott Price 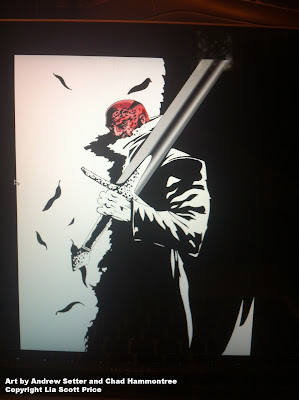 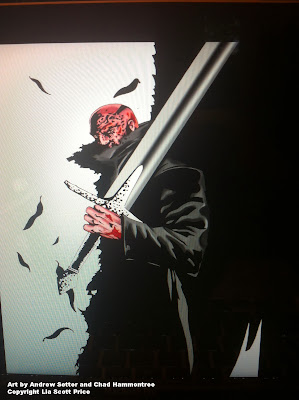 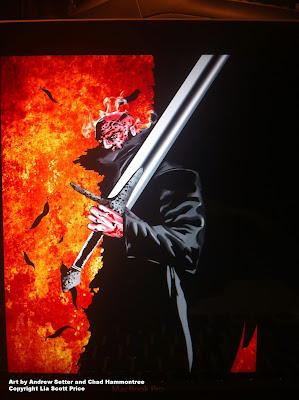 Posted by Lia Scott Price at 10:30 AM No comments: 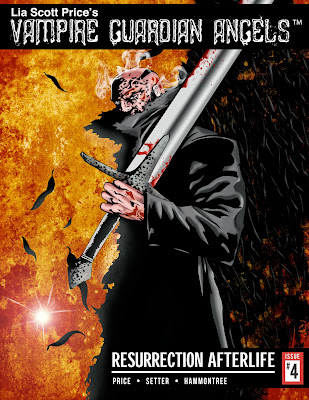 "Vampire Guardian Angels™"  are the disturbing characters in Price's comic books. The series was written and created by Price, with art by illustrator Andrew Setter and Colorist/Letterer Chad Hammontree.

The series features serial-killer vampires who can only find their victims through their prayers of despair.  It's a "what-If" view of your guardian angel, as in "what if" they became homicidal, vicious vampires? And you happened to pray to one? They've traded their halos for fangs, and they are sick of helping humans. They'd rather eat you than save you.

For more info on the series, visit www.liascottprice.com
Posted by Lia Scott Price at 12:28 PM No comments:

Thank you very much to the ever-so-awesome writer Michael DeFellipo and to Horror Society for the article. Your support is always appreciated! 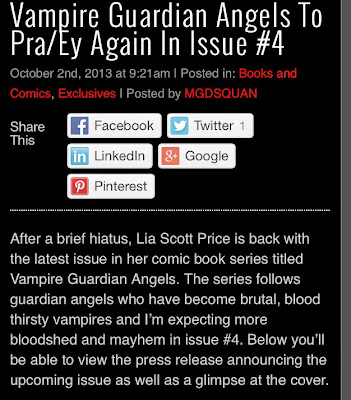 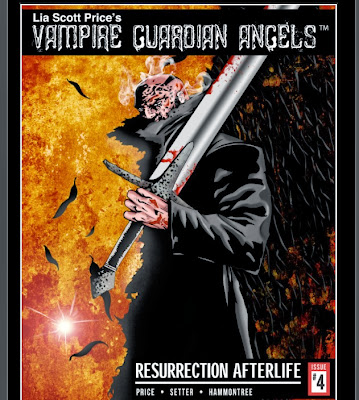 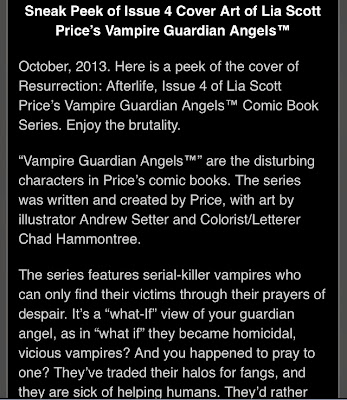 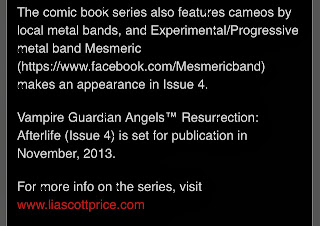 Posted by Lia Scott Price at 12:24 PM No comments: